3 Things I Wish I'd Known About Writing

Howdy all! Hope you're all plugging along at a steady pace. That's one thing I've come to appreciate in life. Steady. So many things can only be achieved by steady. Fast and now are vastly overrated in my opinion, but it still doesn't keep me from wishing I'd known a bit more about this writing stuff from the start.

That's the point of this post, actually, but more on that in a sec.

I've noticed I've opened the last few posts with some cool authorly goings-on, so I've decided to begin every post with some good news. Basically, I'd like to share info on any and all of my writer buddies publishing exploits, etc.

So here's the call: If you're launching a book, running a blogfest, etc. and want me to share it, shoot me an email with a link and a bit of info and I'll work it into a future "Good News" section. You can send the eMail to: jezzell19 (AT) gmail (DOT) com

Author C. Lee McKenzie is launching her latest book this week, Alligators Overhead. Here's a link to a great interview with C. Lee (Indies should check it for sure) over at JULIE MUSIL's blog. Plus, I loved the trailer. Check it below. Way to go Lee! 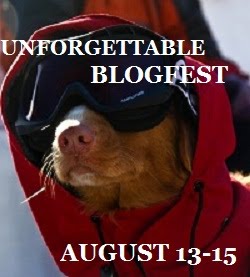 Also on the good news front, spectacular author-blogger Siv Maria is celebrating the upcoming release of her short story "Secrets of the Ash Tree" with the very fun Unforgettable Blogfest. You can learn more about her story, and signup for the blogfest, HERE.

Here are the rules as per Siv:

"...post about some strange and unusual place, person or thing you have visited. Something that has left a lasting impression, one that you can not forget."

Naturally, there being an awesome dog-in-a-hoody button and all, I couldn't resist participating. So here's my entry:

The most unforgettable place I've been is easily Venice, Italy. I've traveled to a few places in my life, and never really experienced anything remotely like it. It's one of the most visited spots in the world, yet somehow it can feel like the entire place belongs only to you. Probably has something to do with the many streets/corridors that could barely fit 3 people walking side-by-side, or the seemingly endless number of patio cafes to sip wine or espresso at while people watching, or the constant sound of seabirds and lapping water. There's also something completely charming about seeing dogs and cats--not strays, mind--roam around carefree without the fear of being run down by a car. (There aren't any vehicles on the island... other than boats.) And none of that mentions the uniquely-Venice occurrence of being utterly lost--to call the streets and alleys a maze would be understating it--and still only be a 5 minute walk from wherever you're going.

As many of you know, the NA Lit Chat #NALitChat is something of a pet project of mine and the ladies over at the NA Alley Blog. (You can get the details over at the NA Lit Chat blog HERE.) Basically, a bunch of authors and readers get together to discuss New Adult (think older than YA, younger than "Adult") lit every Thursday night (9 PM EST US) on the Twitters.

We began 4 weeks ago, and our attendance is growing every week by leaps and bounds. The information being shared is truly first rate. Plus, it's a ton of fun. You should definitely stop in and say hello some night. This week we'll be taking an in-depth look at settings in NA lit, specifically examining reader preferences and author techniques.

Last week I asked for help sharing the cover for my upcoming book release. YOU GUYS TOTALLY BLEW ME AWAY!!! Seriously, just overjoyed by the number of folks who responded.

I'll be closing the signup at the end of this week, and subsequently sending an email to everyone with the full details (stuff to share, date to share, etc.). You can still sign up if you'd like to help, and can learn more about the details HERE.

3 THINGS I WISH I'D KNOWN ABOUT WRITING

Here are some things I wish I'd have known when I started all of this a few years ago. I'm by no means at my final destination as a writer (at least I sure hope not!), but these are some things that would have certainly helped me get to wherever it is that I'm at a little faster.

What I wish someone had told me was this: You know that idea for a story you've got? It has to be big, huge even. You know that big-huge story you've written, and that main character with the BIG personality? They're going to have to be bigger. And that climax needs to be the biggest you've ever imagined, and that villain needs to be someone you're slightly ashamed to have dreamed up, and that plot is going to have give you night sweats trying to figure out how to make it work...

Don't misunderstand me, I'm not suggesting that every story needs to be some bombastic thing no one has ever dreamed of. Far from it. I'm just saying that what I started out thinking was 'big enough' wasn't even close. I'd think, "Oh, that's a clever/racy/dramatic thing for my character to think or say", and it wasn't. It wasn't until I (finally!) started to turn myself loose, to write unfiltered, that I (finally!) began to see some spark in my prose. Up until that point, the stories were fine. The writing was fine. But nothing was good.

My thought process now? It's way easier to dial it back than it is to crank it up. So blast it in your drafts, and let your critters and editors help you figure out if it's too loud. Fiction is writing for dramatic purposes, so bring the drama until you think it's too much. That's when you're getting close to nailing it.

The beauty of it? It's all based upon the individual. Just shoot for the best and biggest from you. It'll show in your writing, and readers will eat it up.

2) You Will Never Be THEM

Go ahead, think about your idols. Tom Clancy. Stephen King. J.K. Janet Evanovich... Now think about the average, everyday writer you'd gladly swap places with. Your blog buddy who just nabbed an agent. The friend you just beta read for who is so good it shames the entire industry because they haven't been found and published yet. Now, think about every story you wish you'd written, every story that's inspired you to write.

Now fold them neatly in half and grab your lighter... you can't be any of them, so they might as well burn.

This isn't meant to be depressing or discouraging. In fact, it's so enlightening I believe it could have literally moved me years ahead of my current writing level had I embraced it from the start. See, I tried way too dang hard to be everything but what I am when it came to writing.

And this doesn't just apply to style and craft. It applies to aspirations, dreams, goals, etc. I wanted what others had at the cost of neglecting to develop what I had. I ignored my own voice. I struggled to perfect what I was reading and who I was watching/emulating, when I really should have pulled out a mirror and worked at perfecting who and what I was.

I'm convinced saying, "I think I want to ben author" is simultaneously the easiest and most difficult thing you can possibly ever utter.

It's Easy Because ... It rolls off the tongue, and I doubt you'd need a second breath to get it out. To be an author of fiction, by my definition, means to offer up writing for public consumption and entertainment. Not review, or critique, mind you, but for people to ingest and digest. You don't have to charge for it, and you don't have to apologize. Basically, you write something and say, "Here. Like it or lump it. Hopefully like it." So the concept, in theory, is easy to understand and embrace.

It's Hard Because ... Only a writer thinks of it that way. To the public, your friends, agents, editors, your momma and nanna--whoever--it's SO much more than that. It's business. It's marketing. It's schmoozing. It's money. It's failure. It's unparalleled personal success. It's editing until there's no creativity left in your brain, just run-ons and adverbs. It's producing something instead of doing something. It's holding yourself to standards you can't possibly meet (see #2). That, in a shell, is how/why you go from writer to author.

As you can tell, becoming an author is a fairly simple problem with a complex solution. So here's the trick I'd have given my arm to have known right out of the gate: Develop an extra eye. That added orb should be focused on all the things that make up the second "It's Hard..." paragraph above. The business, marketing, expectations, the honing of the craft, the caring... all of it.

Your other two eyes should be focused on the first paragraph. Write to be heard. Write to entertain. Write to express. Just write! It's the simplest part of the equation, but the hardest to master once all of that other stuff is introduced. Not that the other stuff isn't necessary or important. If you want to be an author--a good one--you'll need to do that, too. I just think the writing for the sake of writing needs most of our attention from the start. Then maybe we won't lose sight of it.

What about you? Anything you wish you'd have known from the start? 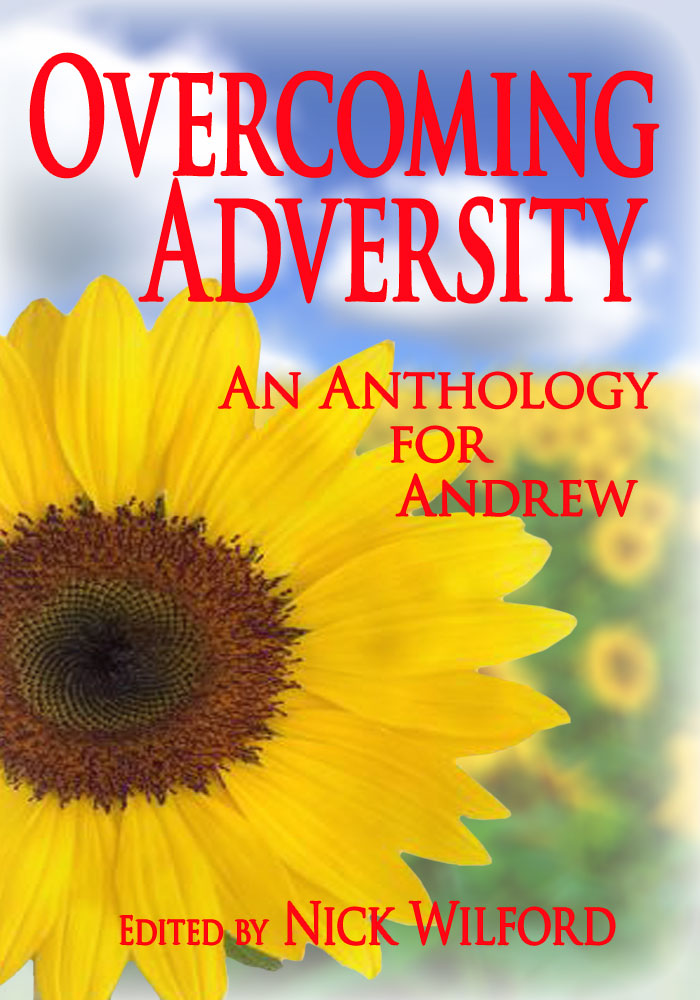 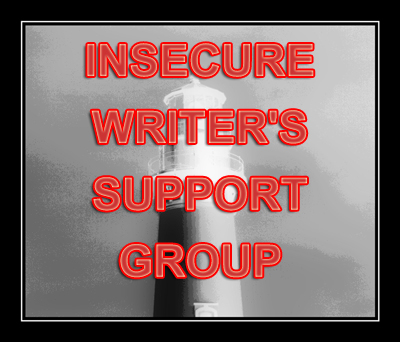