Hey, gang! Very pleased to be bringing you today's interview with author Joleene Naylor. Jo is a friend and a very talented lady to boot. She runs a cover design business as well as being a fantastic author, and she does a lot of her own artwork for her promotional items.

Here are some trading cards she designed for her series--


I recently caught up with her to talk about the latest book in her Amaranthine vampire saga, Children of Shadows. Here's what she had to say!

EJ - Okay, true confession time: I JUST watched Interview With A Vampire for the first time (literally last weekend). Loved the dark, sophisticated, sexy, and gritty way it portrayed vampires, and it made me realize just how much modern pop culture has influenced those stories (not necessarily in a cool way--looking at you sparkly, emo fangers smh). ANYWAY, your Amaranthine series definitely seems like a throwback to a darker type of vampire story, and it had me wondering:

What were your vampire influences, and are you treading any new ground? Or is this series a serious throwback to our favorite night stalkers of yore?

Jo - I’m afraid my vampires have very little in common with the Edward Cullen’s of the world. They don’t go in the sunlight. (This is one of the few “cons” to being a vampire, and I think taking it away just makes vampires too strong – like writing an all powerful character that has no weakness.) They don’t go to high school, they fight, they kill, and even the heroes have been caught drinking human blood. They’re brutal and for the most part unapologetic for it. I’ve actually gotten complaints about it. If I had to pick something to compare it to, the movie version of Interview with the Vampire would actually be the closest. (I think the movie has a much darker tone than the book does.)

At the same time, my vampires are inhabiting the human world – our world – and sometimes they have to play by our rules. In Children of Shadows they travel across Europe, but they have to find ways around customs. They have to deal with police officers. There are consequences for their actions, especially for Katelina, the resident human. In the early books when she first leaves with Jorick she loses her job. She loses her apartment. Her mother reports her missing to the police. There’s no fairytale sunset where all their problems just go away. And nobody flies.

EJ - Children of Shadows is the sixth (!) book in the Amaranthine series--which is HUGE. I'm nearing the sixth story in my Moonsongs series, and they are short, so I've had a small taste of how difficult it can be to keep creating within the same universe. At this point (and probably after just the third story), for me it is purely love for the characters that keeps me writing that series.

What keeps pulling you back into Amaranthine? Do you have an endgame in mind, or is this going to be a series that grows until you no longer have anything to say?

Jo - I rarely know what’s going to happen. Children of Shadows was almost as surprising to me as to the readers, so I don’t really have a specific goal in mind, other than to write them until I run out of anything to do with them, or am so sick of them I want them to die. And even then I have so many interesting side characters and back stories that I could drop Katelina and Jorick and concentrate on those for years.


Part of my thinking comes from my own reading habits. I used to read Anne Rice’s vampire books – but only her vampire books. I never bothered with anything else she did. And when she came out with the non-Lestat vampire series, I skipped that, too. I liked the original core characters and their universe – they were why I read her books. Not for her prose, or her imagination, or for her, but for Lestat. It’s the same with JK Rowling. I loved the Harry Potter universe, but I haven’t read any of her other work. Tolkien had it right, I think. Almost everything he wrote, no matter how vastly different, fit into one universe, and so for a fan of the universe, you want to have them all. There’s a certain satisfaction in connecting the dots from one story to another, in seeing how an event on one story inadvertently shaped an event in someone else’s story.

EJ - Do you think vampire stories simply lend themselves to a long series? (They kind of go on un-living forever! LOL) And tell us a little bit about how you've fleshed out these eternal characters and their universe. (I know you've created spinoffs, trading cards, etc.)

Jo - Vampires are actually a branch of the fantasy genre, whether fantasy fans want to own up to that or not, and I think anything under that umbrella calls for at least a few books. Aside from the novels, there are a couple of free supplements. There is a mini prologue collection which goes along with Heart of the Raven, and then Tales from the Island is six short stories that fill in the gap between Heart of the Raven and Children of Shadows. I mentioned side characters in the last question, and I’ve done quite a bit with those as well. I have a short story collection called Vampire Morsels that’s made of seventeen short stories, each about different side characters from the first two books, and I’ve started Tales of the Executioners (The first story, Aine, is free right now on Smashwords, etc.) which will be a collection of short stories about the Executioners, the vampire’s elite police force. The trading cards are actually of the Executioners. I made them for the Ashes of Deceit (book four) release and found an extra set hiding out when we moved this summer, so it seemed a good time to dust them off and throw them in the Children of Shadows giveaway.
EJ - Most folks who follow my blog are other writers, do you have any tips or tools you could share for helping keep things straight when writing a series? I can't imagine the character timelines you've established over six books alone! :)

Jo - Yeah, there is a lot to keep track of. I’m sure I could use some really awesome software, but instead I just have a word document that is about 200 pages long and organized like an encyclopedia with alphabetized entries. Everything from individual vampires, to place descriptions, timelines, the rules of my universe, and more. So if I want to look up what Adam looked like, or who used to belong to Oren’s coven, or just when Jorick got arrested for kidnapping, I can scroll through my “navigation pane” and click on the appropriate heading. I’m actually considering making an Amaranthine Encyclopedia one of these days.

EJ - Last one! Why do we need to dive (bite?) into the Amaranthine universe, and what makes Children of Shadows the best yet in the series? Also, how can we find you and your books? (This is where I'll insert all of the bio info, links, etc you sent.)

Jo - Sharon Stogner, reviewer for I Smell Sheep, hit the nail on the head with what I was trying for with the series when she said, “It is a different look at what it would be like to be in love with a vampire. More realistic.” Children of Shadows is another dose of reality tinted, action packed excitement that sees the continuation of an evil master’s plans and the resurfacing of an extinct vampire cult that wants to wipe out the world.

The sixth installment of the Amaranthine series pulsates with the dark blood of vampire lore.

The Children of Shadows, a vampire cult not seen for hundreds of years, resurfaces to wage war on the vampire guilds. Led by a familiar face, the cult wreaks havoc while Katelina and Jorick are trapped in Munich. Ume, a mysterious vampiress, claims to know Verchiel and offers the help of her secret organization. But can they trust her?

As mysteries are solved, new ones appear. Why have the Children of Shadows returned, and is it really a former ally that leads them, or a look-alike? Legends rise and secrets are revealed in a world where vampires walk, drenched in blood and shadows. Though it is part of a series, each book is written so that you can pick the series up at any time and dive – or bite – right in. 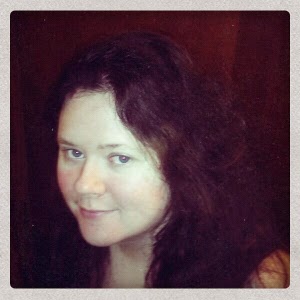 An independent author, freelance artist, and photographer for fun who loves anime, music, and writing. Check out my vampire series Amaranthine at http://JoleeneNaylor.com or drop me a line at Joleene@JoleeneNaylor.com

And be sure to hop over and enter the giveaway!